Oxy-Med® Shampoo is a soothing coconut based shampoo formulated with micronized Oatmeal and Vitamin E for a daily soothing bath. Alpha Hydroxys penetrate the lowermost levels of the skin (stratum corneum) “cleaning out” the skins pores and "lifting" the dirt away. Wheat Protein and Vitamin B5 supply nourishment for a healthy skin and coat. Routine bathing leaves the skin and coat soft, shiny, and looking great.

Since their introduction to the cosmetic industry in the nineties, alpha hydroxy acids have taken skin care to new heights. Finally, here was something that could do what was promised, something that could actually improve the skin instead of just temporarily affecting the way that it looked.


Alpha-hydroxy acids are naturally occurring acids such as Lactic acid and Malic acid derived from the sugars in plants. These acids help to dissolve the "glue" that holds the keratinized skin cells together and increase cell exfoliation and replacement. This increases cell turnover and influences the structure of new stratum corneum being made. This results in skin that is more flexible, smoother, and more even in tone.

Lactic acid is a natural humectant that draws and holds water in the upper layers of the skin. Alpha hydroxy acids as a whole can increase the skin’s ability to trap water due to an increased production of natural skin moisturizers (hyaluronic acid), but lactic acid’s extra humectant properties make it even more ideal for treating dry skin. Lactic acid is ideal for those with slightly sensitive, dry skin or allergy prone skin.

Malic Acid, is an acid that is most commonly found in apples and has unique antioxidant properties that no other AHAs contain. When applied to the skin, malic acid acts as a protective moisturizer.


Use OXY-MED to help heal ALL skin problems! 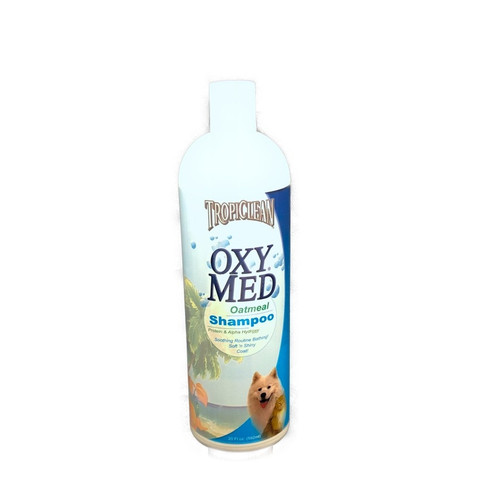 SHEA BUTTER SHAMPOO WITH OATMEAL From Shea Pet She…